On Tuesday, October 24, social media lit up with photos and updates from MIT’s annual flu shot clinic in Walker Memorial, as “#10Kin1Day” rapidly became the top-trending Twitter hashtag in Cambridge. With MIT Medical publicizing a goal of 10,000 shots in one day and handing out a numbered sticker with every vaccine, the Institute community turned out to get their shots — and spread the word.

“Such an impressive operation. I was in and out in 2 minutes,” tweeted @TaryMellers, along with a photo of the sticker identifying her as “flu shot number 01216.”

“Thanks MIT. Great place to work and huge lines that are MUCH faster than Disney,” tweeted Matt Cubstead, an administrative officer in the Department of Physics, who received shot number 5347.

“I come for the flu shots, I stay for the A+ operations management,” tweeted Graduate Student Colin Li with a photo of sticker number 06125.

Indeed, this year’s clinic lived up to its reputation as one of the most efficient operations at MIT, giving an average of one shot every 4.8 seconds with wait times rarely exceeding 10 minutes, even at peak hours. And although MIT Medical fell short of its 10K goal, the final shot count shattered the previous one-day record of 5,154 vaccines and exceeded the prediction of undergraduate Malte Ahrens ’18, who began a live survey during the afternoon where students could add their shot number and time received. With an r-squared value of 0.991, Ahrens predicted a total of 7,324 vaccinations by 6 p.m. “In fact, the last sticker of the day was number 7,455,” says MIT Medical  Marketing and Communications Director Dave Tytell, “but we estimate that a number of people managed to get a vaccine without receiving a sticker first thing in the morning. Once all the shots are tallied, the final count should be closer to 7,500.”

And the dream of 10K lives on for 2018, says Medical Director Cecilia Stuopis ’90. “We’ve come away from this year’s clinic with ideas for making next year’s even bigger and better,” she promises.

That should be good news for graduate student Simona Dalin, who calls MIT Medical’s annual flu clinic “the best day of the year at MIT.” Explaining her enthusiasm to a non-MIT friend on Facebook, Dalin wrote, “It’s the most amazing marvel of people coming together and working well together to accomplish a goal. [It’s] so awesome to see the human machine just work. I’m sad that it’s already over and I need to wait a whole year to experience it again.” 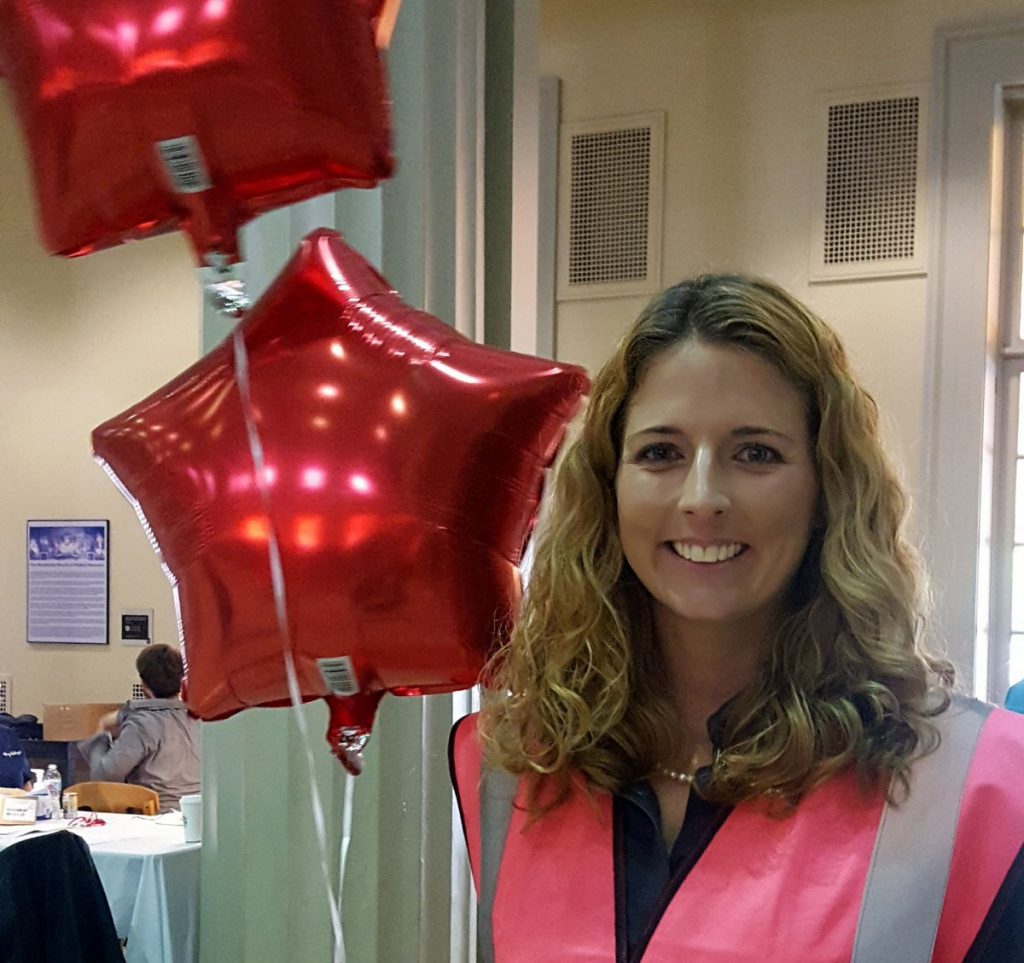